236 shares
This post may contain affiliate links. You can read the full disclosure policy, which is pretty dull, but here it is. 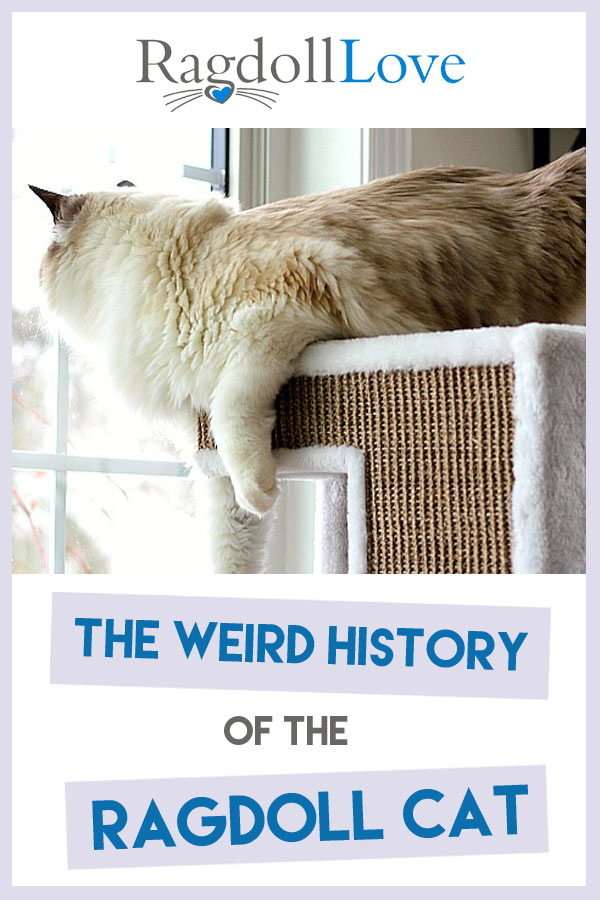 Every cat breed has a story, but the Ragdoll cat’s is rather bizarre.

Registered in 1966, the Ragdoll is a fairly new breed of cat. This is especially true when you compare it to older breeds such as Persians, that were rumored to be around for thousands of years.

But the age of the breed isn’t what makes Ragdolls unique. There are actually several younger ones around. What makes them so fascinating is their intriguing and mysterious legend. Read on to find out 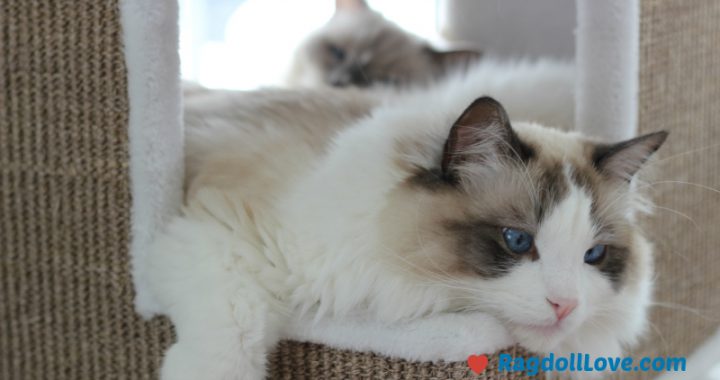 Creating a new breed of cat usually starts with a breeder choosing a unique or desired feature. Then they select a breeding pair that can consistently produce offspring representing those characteristics.

Supposedly, the initial breeding pairs for the Ragdoll were selected by a woman named Ann Baker in 1963. She chose two cats whose traits exemplified the Ragdoll breed that we know today – a large cat with a silky coat, bright blue eyes, and classic pointed markings.

But there are several accounts of how this breed came to be. None are able to be 100% verified.

In one story, Ann Baker claims that while borrowing cats for her Black Persian breeding program, she noticed a handsome male cat. This striking cat looked like a male Birman. And he was the son of a female white angora cat named Josephine. Ann would use this male, named Raggedy Ann Daddy Warbucks, to produce litters that shared his impressive features. She also used his brother, Blackie, who helped diversify the gene pool while still maintaining the desired features.

Other stories dig a little deeper into the story of Josephine. As the story goes, the Angora was a rescue that Ann owned that was hit by a car. Supposedly, this accident left Josephine immune to pain, resulting in her floppy, relaxed demeanor. This is part of the legend of how Ragdolls get their name. They are known for going limp like a rag doll when held.

In some accounts, Josephine was deliberately bred with a Birman to create Raggedy Ann Daddy Warbucks. But the variations on these stories differ slightly depending on who is recounting the history.

The only thing that can be certain about the Ragdoll breed is that all legitimate progeny that are recognized purebred Ragdolls must come from Josephine. 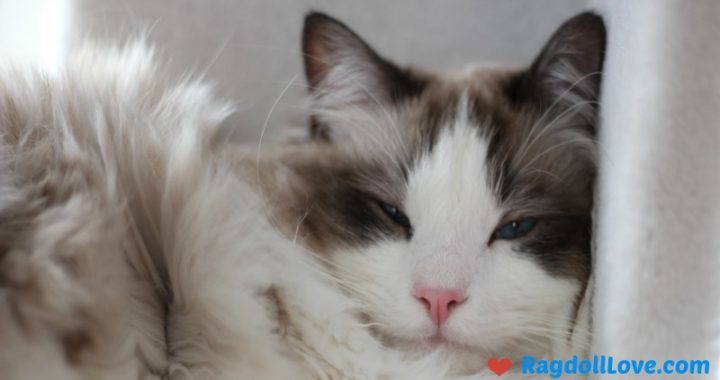 Registering the Ragdoll as a Breed

Once the breed was officially registered with the National Cat Fanciers Association, Baker did little else to further the breed as it is known today. Luckily, she later sold a breeding pair to the Dayton family of Blossom-Time cattery.

It was from these breeders that many of the viable features of the Ragdoll breed were produced. This includes the four recognizable coat patterns – bi-color, van, mitted and colorpoint. The Daytons were careful to breed from what they considered the “dark side” and “light side” of the breeding stock. This separation comes not only from coat pattern and color, but also facial features and overall build.

But despite the mystery surrounding the origins of the Ragdoll breed, one thing that is known is that Ann Baker did her best to maintain tight control over the continuation of the breed. In 1971, she founded the International Ragdoll Cat Association (IRCA). The IRCA set strict rules on how the Ragdoll cat could be bred.

But one family, the Daytons, who had previously bought their breeding pair from Ann Baker, refused to accept her regulations. They eventually founded a separate organization, known as the Ragdoll Fanciers Club International (RFCI).

Even though Baker being the official creator of the breed, it is arguable that it would not have continued without the efforts of Denny and Laura Dayton. Their intricate breeding program and dedication to promoting their cats is what allowed Ragdolls to become the popular breed it is today. 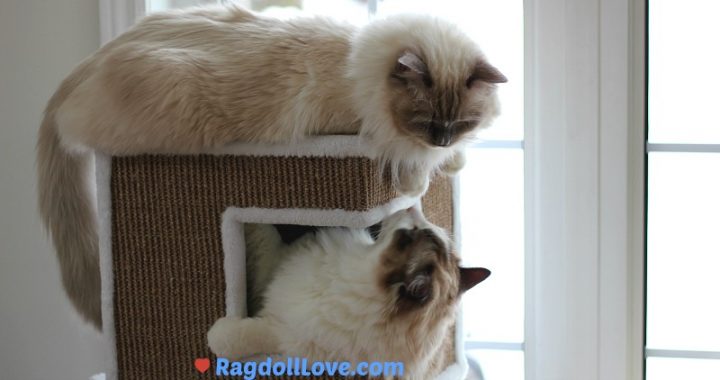 The Popularity of the Ragdoll

Speaking of popularity, the Ragdoll breed has seen its share of surges over the years. They saw an initial widespread acclaim when they were introduced internationally after a breeding pair was adopted by Lulu Rowley in 1981. Shortly after, another breeder, Pat Brownsell received her breeding pair. With the introduction of two breeders and two successful initial litters, the Ragdoll gained a solid footing as the UK’s newest dolls of the cat world.

Even in the last few years, there has been an increase in popularity among this purebred. In the early 90s, there were 393 registered Ragdoll kittens. But this number leaped to 1,376 in 2003, with numbers only growing. There are now over 100 registered breeders all over the world according to the RFCI.

Regardless of its bizarre beginnings, Ragdolls have evolved into a strong breed with beautiful traits and show-stopping looks.

Ann Baker did attempt to put a stronghold on the breed. But thanks to dedicated breeders such as the Daytons, we are happy to see Ragdolls thriving today as one of the most popular registered purebreds.

Such a wild and weird story behind such an amazing, gentle and beautiful breed of cat! 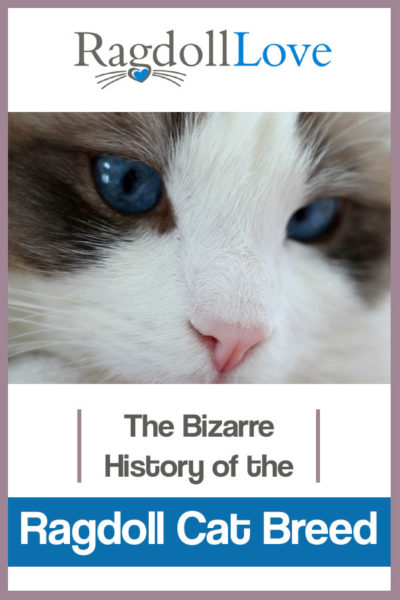